The cost to build solar has declined so substantially that it is now economically superior to pursue renewable energy strategies. Find out how Arowana is taking part in the clean energy sector globally. 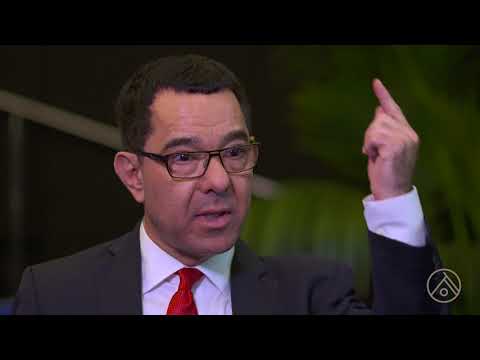 Tony Seba: Nothing will be able to compete with solar come 2020, nothing! That's why an investor wants to get into because you have 100x to grow and that's gonna happen very quickly. It's going happen in 13 years, at this point by 2030 is pretty much over.

Rahim Chunara: The cost to build solar has declined so substantially that it's now far more economically superior to pursue renewable energy strategies.

Tony Seba: Every residential user, every commercial user, every factory, every mall, will have their selfish best interest in mind when they adopt solar. So, because basically self-generation will always beat central generation because of the cost of transmission. So that's when the tipping point is going to happen.

Rahim Chunara: It's from the sun. It's running all day, it's cheap and it's essentially free, in terms of sunlight and solar is an unbelievably efficient and simple form of power generation to build.

Tony Seba: Solar has been doubling, the infrastructure, the installed base every two years since 1994. So, I see an acceleration of the adoption of solar power starting around 2019-2020 and accelerating. And by 2030 it is pretty much over.